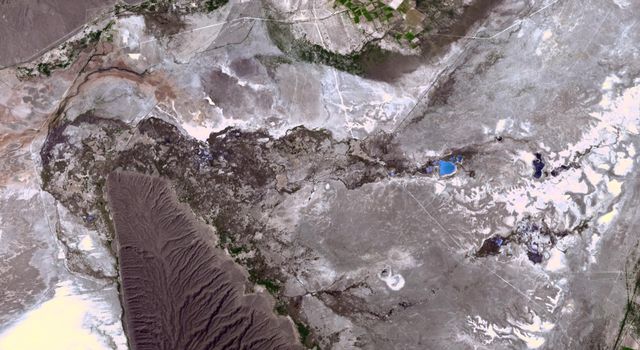 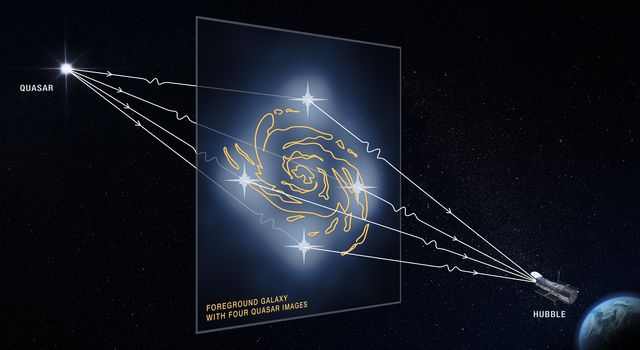 Each of these Hubble Space Telescope snapshots reveals four distorted images of a background quasar (an extremely bright region in the center of some distant galaxies) and its host galaxy surrounding the core of a foreground massive galaxy.

The gravity of the massive foreground galaxy acts like a magnifying glass by warping the quasar's light in an effect called gravitational lensing. Quasars are extremely distant cosmic "streetlights" produced by active black holes. Such quadruple images of quasars are rare because of the nearly exact alignment needed between the foreground galaxy and background quasar.

These images come from a study in which astronomers used the gravitational lensing effect to detect the smallest clumps of dark matter ever found. The clumps are located along the telescope's line of sight to the quasars as well as in and around the foreground lensing galaxies.

Hubble's Wide Field Camera 3 captured the near-infrared light from each quasar and dispersed it into its component colors for study with spectroscopy. The images were taken between 2015 and 2018.