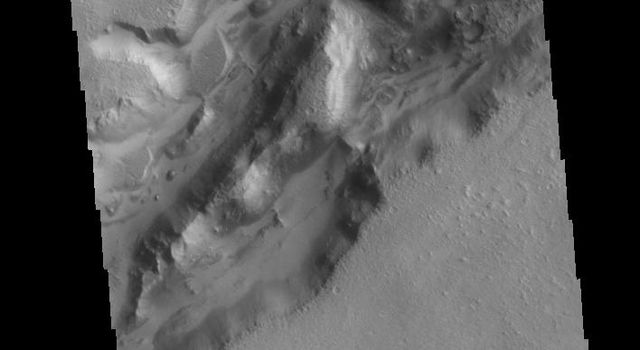 In this composite image of the Omega Nebula, SOFIA detected the blue areas (20 microns) near the center, revealing gas as it's heated by massive stars located at the center, near the bend, and the green areas (37 microns) that trace dust as it's warmed both by massive stars and nearby newborn stars. The nine never-before-seen protostars were found primarily in the southern areas. The red areas near the edge represent cold dust that was detected by the Herschel Space Telescope (70 microns), while the white star field was detected by the Spitzer Space Telescope (3.6 microns). The space telescopes could not observe the blue and green regions in such detail because the detectors were saturated. SOFIA's view reveals evidence that parts of the nebula formed separately to create the swan-like shape seen today.