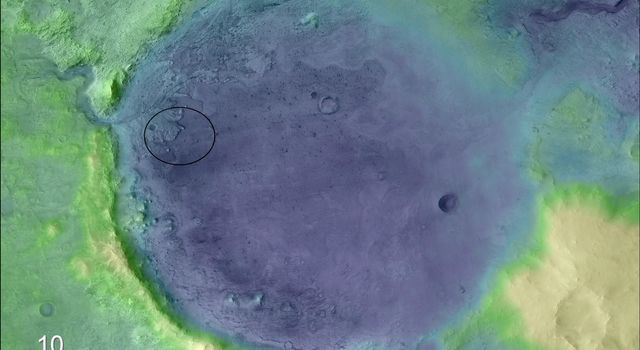 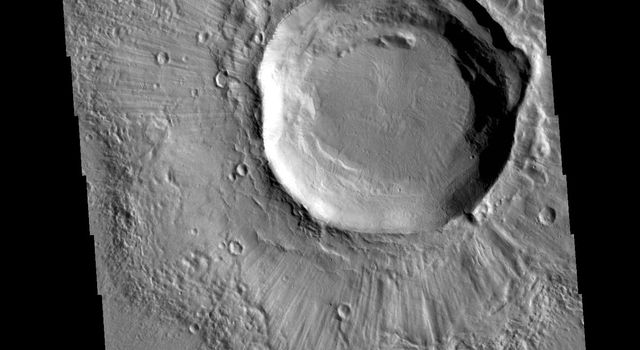 Color has been added to highlight minerals in this image of Jezero Crater on Mars, the landing site for NASA's Mars 2020 mission. The green color represents minerals called carbonates, which are especially good at preserving fossilized life on Earth. Red represents olivine sand eroding out of carbonate-containing rocks.

The Johns Hopkins University Applied Physics Laboratory in Laurel, Maryland, led the work to build the CRISM instrument and operates CRISM in coordination with an international team of researchers from universities, government and the private sector. Malin Space Science Systems in San Diego built and operates CTX.