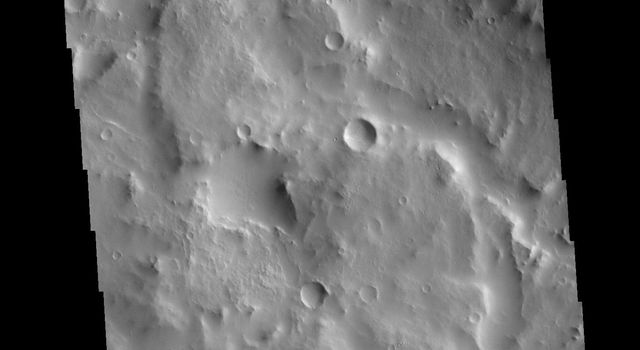 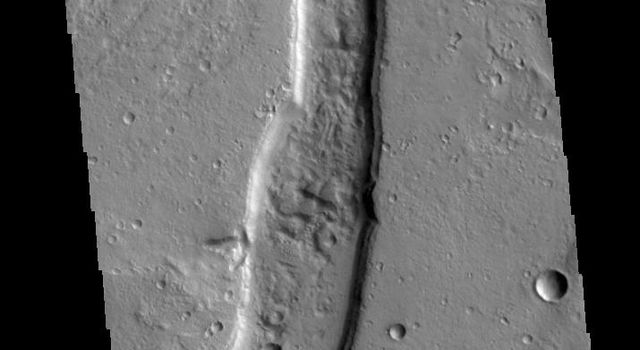 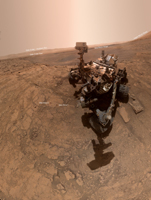 NASA's Curiosity rover took this selfie on Oct. 11, 2019, the 2,553rd Martian day, or sol, of its mission. The rover drilled twice in this location, nicknamed "Glen Etive" (pronounced "glen EH-tiv"). About 984 feet (300 meters) behind the rover, Vera Rubin Ridge rises up. Behind it lies the floor of Gale Crater, which Curiosity is exploring, and the northern rim of the crater.

Just left of the rover are the two drill holes, called "Glen Etive 1" (right) and "Glen Etive 2" (left). Curiosity performed its first wet-chemistry experiment on a drilled sample at this location. The rover can analyze the chemical composition of rock samples by powderizing them with the drill, then dropping the samples into a portable lab in its belly called Sample Analysis at Mars (SAM).

This panorama is made up of 57 individual images taken by the Mars Hand Lens Imager (MAHLI), a camera on the end of the rover's robotic arm. The images are stitched together into a panorama; the robotic arm isn't visible in the parts of the images used in the composite.