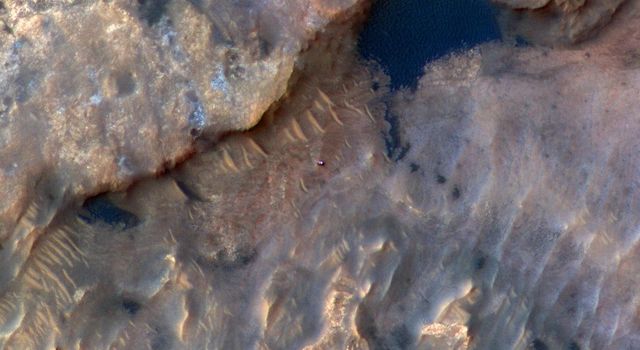 As expected, there is significant contrast in plant activity from areas of low vegetation near the Caspian Sea to areas of more dense vegetation like the forests and farms north and east of the Mingachevir Reservoir (near the center of the image).

The mission team expects to complete OCO-3's In-orbit checkout phase — the period where they ensure all instruments and components are working and calibrated correctly — in August 2019. They are scheduled to release official CO2 and solar-induced fluorescence data to the science community a year later; however, the data will likely be available sooner given the quality of the measurements that OCO-3 is already making.

The OCO-3 Project is managed by the Jet Propulsion Laboratory in Pasadena, California. Caltech manages JPL for NASA.

More information on OCO-3 can be found here: https://ocov3.jpl.nasa.gov/.