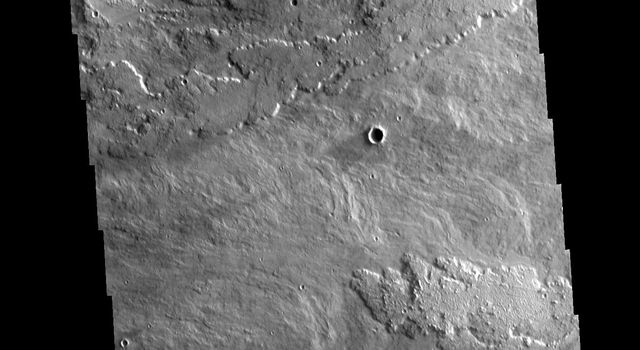 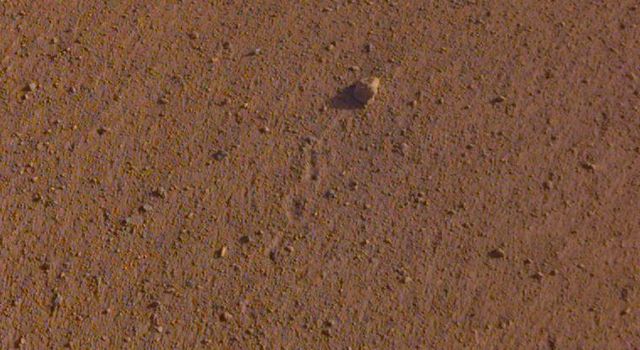 This animation illustrates NASA's InSight lander touching down on Mars, causing a rock to roll 3 feet (1 meter) as the lander touched down on Mars on Nov. 26, 2018. A little bigger than a golf ball, the rock was later nicknamed "Rolling Stones Rock" by the InSight team in honor of The Rolling Stones. A series of 10 or so divots marked the rock's course after being set in motion by the landing. It's the farthest NASA has seen a rock roll after landing a spacecraft on another planet.

Though fitting, "Rolling Stones Rock" is not an official designation by the International Astronomical Union, which is responsible to approving the names given to geographical and geological features on other planets.

The rock was imaged by the Instrument Deployment Camera (IDC) on InSight's robotic arm, which is not visible here.