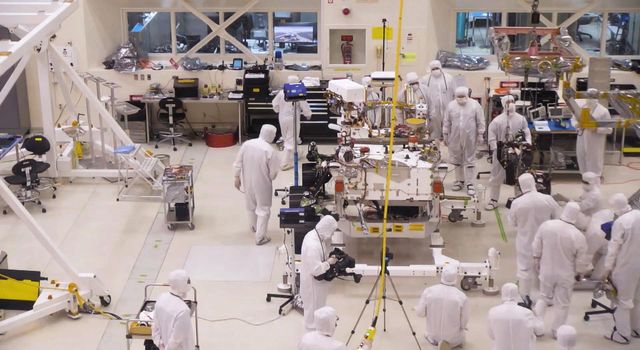 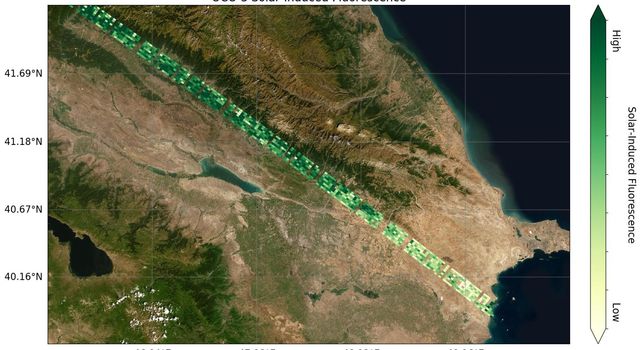 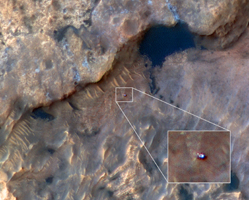 NASA's Curiosity Mars rover can be seen in this image taken from space on May 31, 2019, by the High Resolution Imaging Science Experiment (HiRISE) camera aboard the Mars Reconnaissance Orbiter (MRO). In the image, Curiosity appears as a bluish speck.

The image shows Curiosity at a location called "Woodland Bay." It's just one of many stops the rover has made in an area referred to as the "clay-bearing unit" on the side of Mount Sharp, a 3-mile-tall (5-kilometer-tall) mountain inside of Gale Crater.