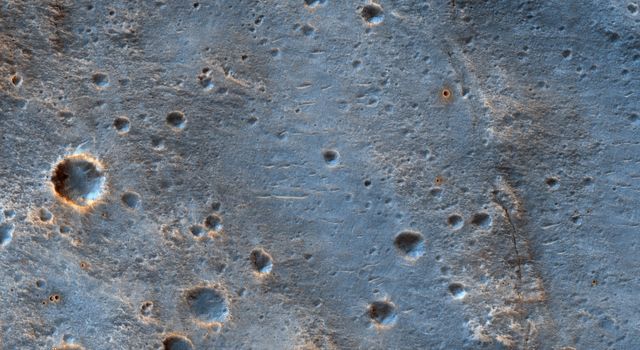 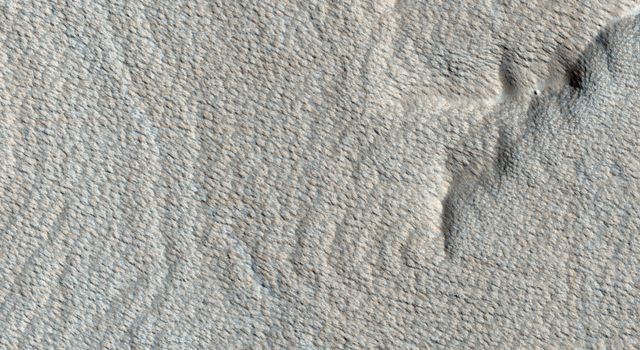 These curious chevron shapes in southeast Hellas Planitia are the result of a complex story of dunes, lava, and wind.

Long ago, there were large crescent-shaped (barchan) dunes that moved across this area, and at some point, there was an eruption. The lava flowed out over the plain and around the dunes, but not over them. The lava solidified, but these dunes still stuck up like islands. However, they were still just dunes, and the wind continued to blow. Eventually, the sand piles that were the dunes migrated away, leaving these "footprints" in the lava plain. These are also called "dune casts" and record the presence of dunes that were surrounded by lava.

Enterprising viewers will make the discovery that these features look conspicuously like a famous logo: and you'd be right, but it's only a coincidence.