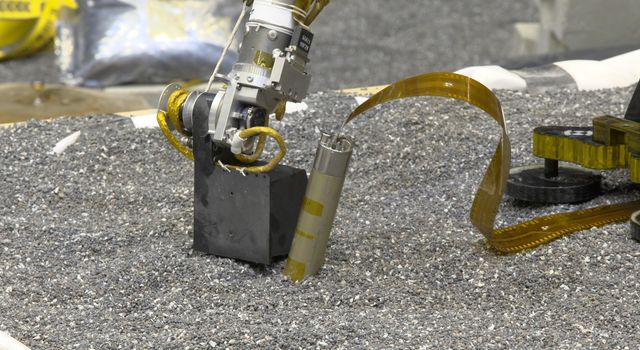 Testing How InSight's Arm Will Push on Mars

The self-hammering "mole," part of the Heat Flow and Physical Properties Package (HP3) on NASA's InSight lander, was only partially buried in the soil of Mars as of early June 2019, as shown in this illustration. Engineering analysis has determined that the bottom of the mole is currently about 12-14 inches (30-35 centimeters) deep into Martian ground, with a bit of its top still inside the HP3 support structure. The mole is tilted about 19 degrees.