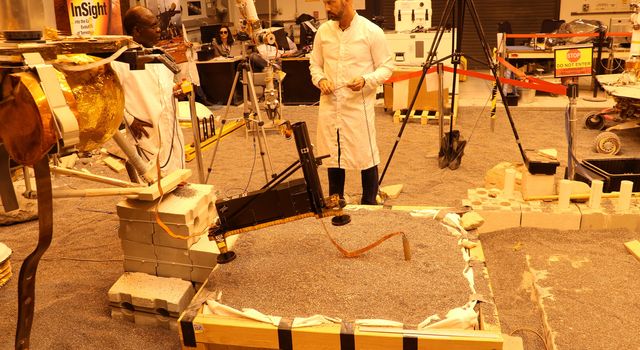 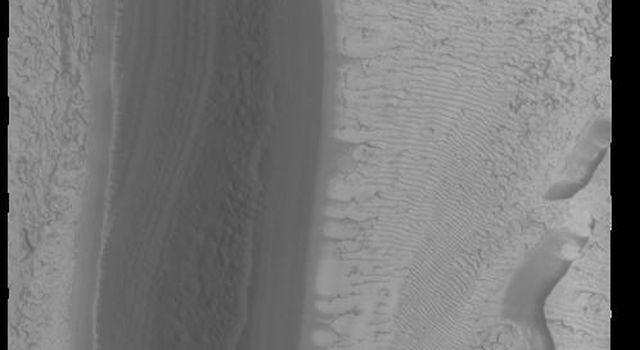 The support structure of the Heat Flow and Physical Properties Package (HP3) instrument moved slightly during hammering, as indicated by the circular "footprints" that can be seen around the instrument's footpads.

These marks indicate the instrument's self-hammering mole wasn't digging as expected. This image was taken on March 4, 2019 (the 94th Martian day, or sol, of the mission).