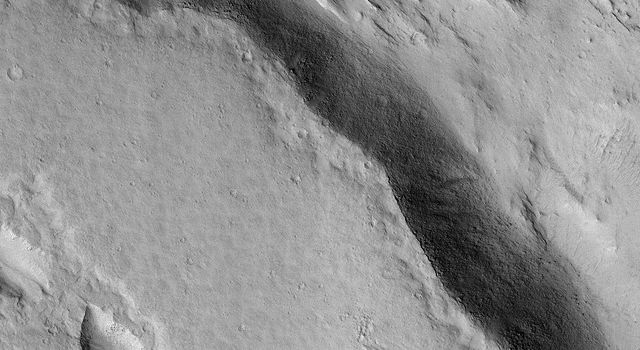 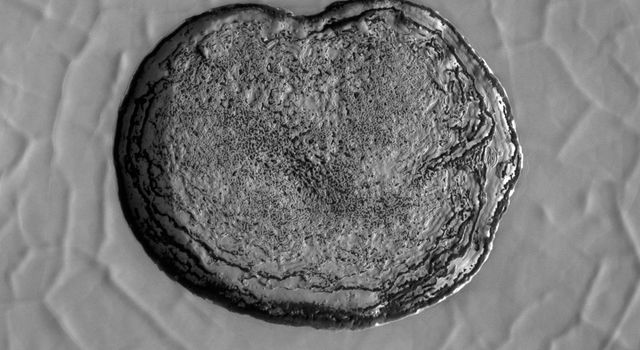 This image is of Jezero Crater on Mars, the landing site for NASA's Mars 2020 mission. It was taken by instruments on NASA's Mars Reconnaissance Orbiter (MRO), which regularly takes images of potential landing sites for future missions.

On ancient Mars, water carved channels and transported sediments to form fans and deltas within lake basins. Examination of spectral data acquired from orbit show that some of these sediments have minerals that indicate chemical alteration by water. Here in Jezero Crater delta, sediments contain clays and carbonates.

The image combines information from two instruments on MRO: the Compact Reconnaissance Imaging Spectrometer for Mars (CRISM) and the Context Camera (CTX). The Johns Hopkins University Applied Physics Laboratory in Laurel, Maryland, led the work to build the CRISM instrument and operates CRISM in coordination with an international team of researchers from universities, government and the private sector. Malin Space Science Systems in San Diego built and operates CTX.