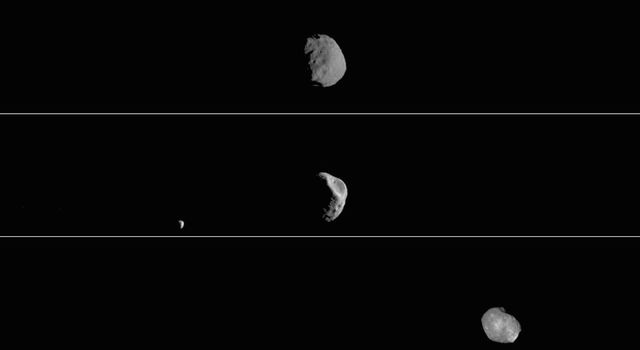 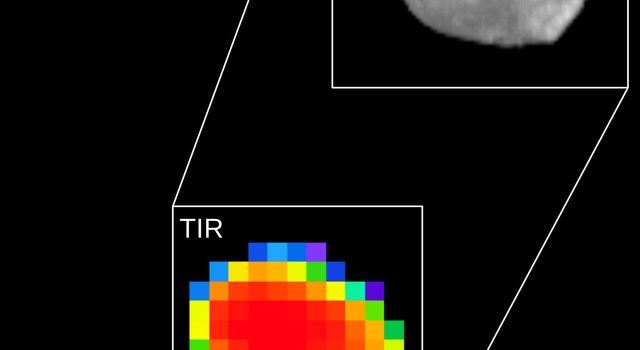 This movie shows the Martian moon Phobos as viewed in visible light by NASA's 2001 Mars Odyssey orbiter on April 24, 2019. It was put together from 19 images taken 1 second apart by Odyssey's infrared camera, Thermal Emission Imaging System (THEMIS). The apparent motion is due to progression of the camera's pointing during the observation. This was the third observation of Phobos by Mars Odyssey.

The distance to Phobos from Odyssey during the observation was about 5,692 miles (9,160 kilometers).