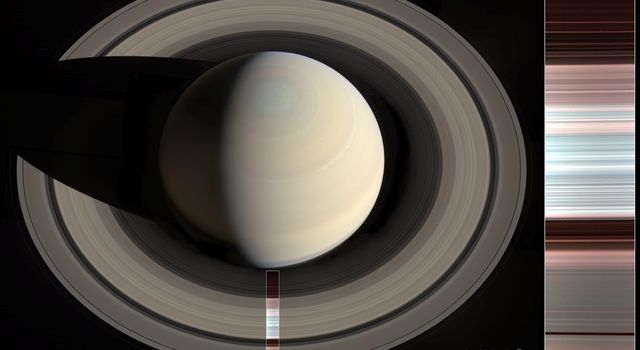 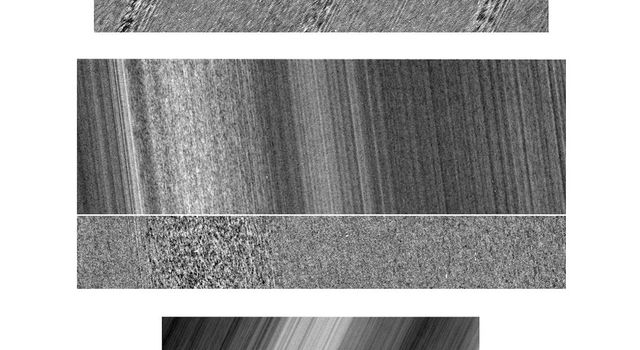 The core region of the F ring is visible here, showing evidence that a population of small objects impacted the rings at the same time and caused streaks of material to emerge. The mini-jets, noted with black arrows, leave trails that extend approximately 19 miles (30 kilometers). They have the same length and orientation, showing that they were likely caused by a flock of impactors that all struck the ring at approximately the same time. This shows that the ring is shaped by streams of material that orbit Saturn itself rather than, for instance, by cometary debris moving around the Sun that happens to crash into the rings.

The dashed line in the center of the image indicates where two images were spliced together.

The F ring core (at bottom) is overexposed in the figure, partly to enhance the image and make the streaks visible. The figure was produced from ISS narrow-angle camera images taken July 13, 2017.