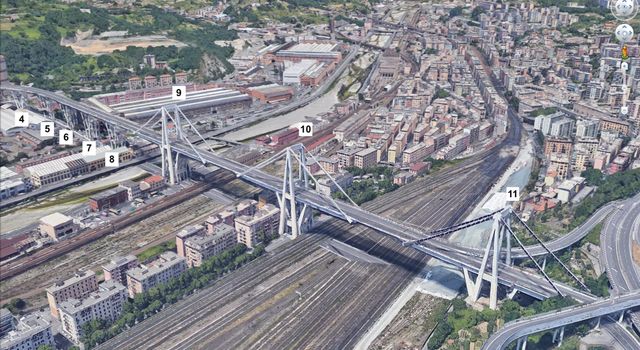 Satellite Data Can Be Used to Spot Failing Infrastructure 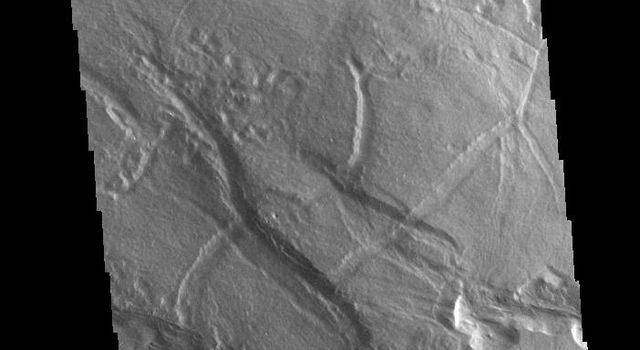 The Advanced Rapid Imaging and Analysis (ARIA) team at NASA's Jet Propulsion Laboratory and California Institute of Technology — both in Pasadena, California — created this co-seismic Interferometric Synthetic Aperture Radar (InSAR) map that shows surface displacement caused by the recent major earthquakes in Southern California, including the magnitude 6.4 and the magnitude 7.1 events on July 4 and July 5, 2019, respectively.

The interferogram is derived from synthetic aperture radar (SAR) images from the ALOS-2 satellite, operated by the Japan Aerospace Exploration Agency (JAXA). The images were taken before (April 16, 2018) and after (July 8, 2019) the sequence of earthquakes. Each color cycle represents 4.8 inches (12 centimeters) of ground displacement in the radar line-of-sight.

The image covers an area of 31 by 78 miles (50 by 125 kilometers), and each pixel measures about 98 yards (90 meters) across. No filter was applied during the processing. The linear features across which the color fringes break indicate likely locations of surface rupture caused by the earthquakes, and the "noisy" areas may indicate locations where ground surface was disturbed by the earthquakes.

The ALOS-2 data were provided by JAXA. This task is funded by the NASA Disasters Program.

The products (KMZ and GeoTIFF files) are available for download at aria-share.jpl.nasa.gov/20190704-California_EQ