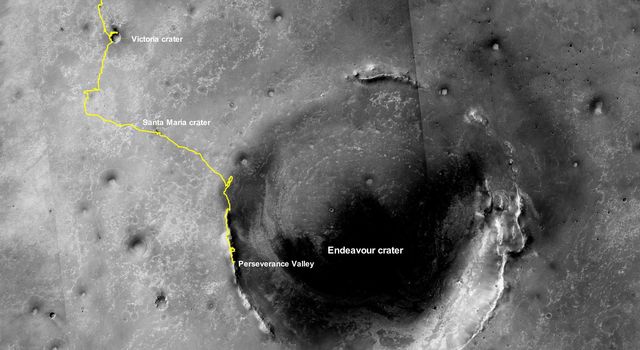 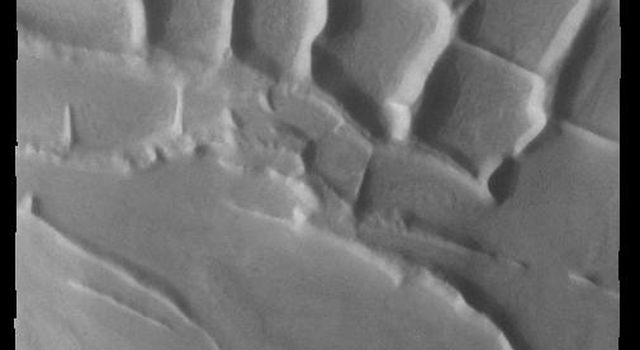 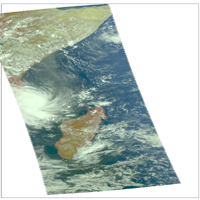 This infrared image from NASA's Atmospheric Infrared Sounder (AIRS) shows the temperature of clouds or the surface in and around Tropical Cyclone Kenneth as it was about to make landfall in northern Mozambique on Thursday, April 25.

The large purple area indicates very cold clouds carried high into the atmosphere by deep thunderstorms. These storm clouds are associated with heavy rainfall. The orange areas are mostly cloud-free areas, with the clear air caused by air motion outward from the cold clouds near the storm center then downward into the surrounding areas.

In the accompanying image, Figure 1, taken in visible light, the eye of Kenneth can be seen just off the coast of Mozambique.

The images were taken at 1:30 p.m. local time. Shortly after that, Kenneth made landfall with maximum sustained winds of 140 mph (225 kph). It was the first known hurricane-strength landfall in the province and comes just weeks after Tropical Cyclone Idai hit farther south in central Mozambique with catastrophic consequences. Heavy rainfall and life-threatening flooding are expected over the next several days.