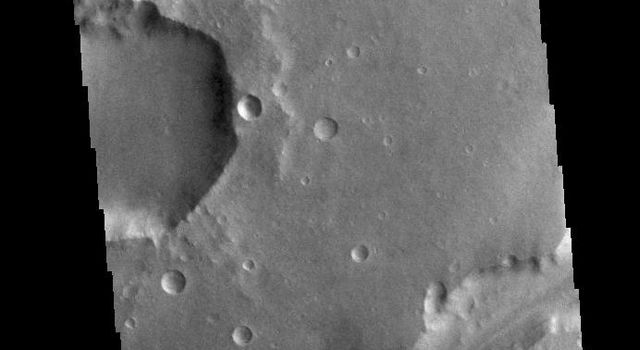 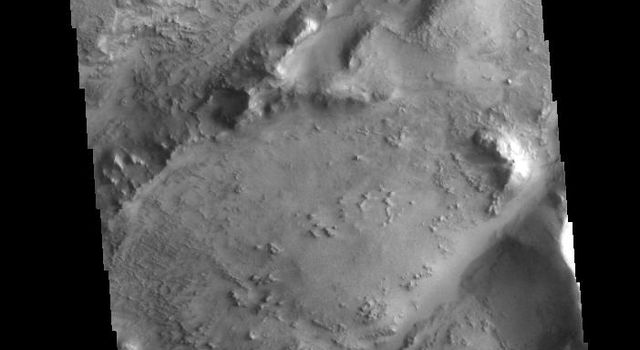 This artist's illustration depicts the exoplanet LHS 3844b, which is 1.3 times the mass of Earth and orbits an M dwarf star. The planet has no apparent atmosphere, and its surface may be covered mostly in dark lava rock, according to observations by NASA's Spitzer Space Telescope.

Discovered in 2018 by NASA's Transiting Exoplanet Satellite Survey (TESS), planet LHS 3844b is located 48.6 light-years from Earth and makes one full revolution around its parent star in just 11 hours. Because it has such a tight orbit, LHS 3844b is most likely tidally locked, meaning one side of the planet always faces the star while another side always faces away.

Spitzer was able to detect light directly emitted by LHS 3844b in part because the planet is extremely hot, so it radiates a relatively high amount of infrared light. The star-facing side is heated to about 1,410 degrees Fahrenheit (770 degrees Celsius). In addition, the planet's parent star is relatively dim as far as stars go.

By measuring the temperature difference between the planet's star-facing dayside and its space-facing nightside, the new study found that a negligible amount of heat is being transferred from one side to the other. If an atmosphere were present, hot air on the dayside would naturally expand and generate winds that would transfer heat around the planet. On a rock with little to no atmosphere, like the Moon, there is no air present to transfer heat.

The planet has a low infrared albedo, or reflectivity, leading scientists to conclude that its surface may be covered with basalt, which also composes the dark mare on the Moon.