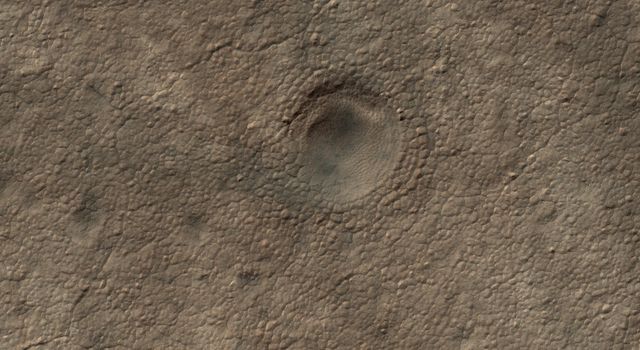 A Crater on the South Polar Layered Deposits 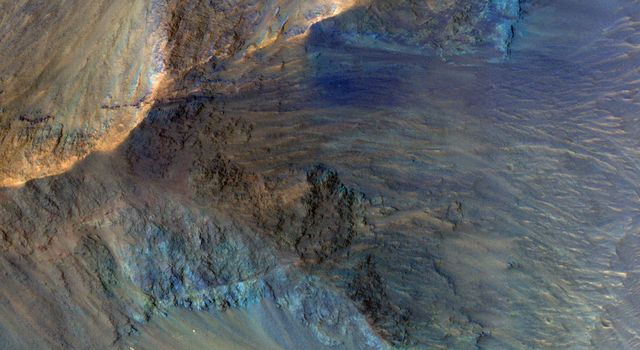 The Hills in Juventae Chasma

HiRISE reveals small-scale shapes that often correlate with mineral units and provides information about stratigraphy (i.e., what's on top and relative ages). This image was acquired for co-analysis with a spectrometer instrument also on our spacecraft called CRISM (Compact Reconnaissance Imaging Spectrometer for Mars). It shows polygonal units that match clay-rich areas. Plus, this region is colorful!

This location, in Eridania Basin, was the site of an ancient lake, so these clay-rich sediments may have been habitable.

While CRISM cannot acquire new data from their infrared channel due to lack of cooling, they have acquired much previous data that lacks HiRISE coverage.