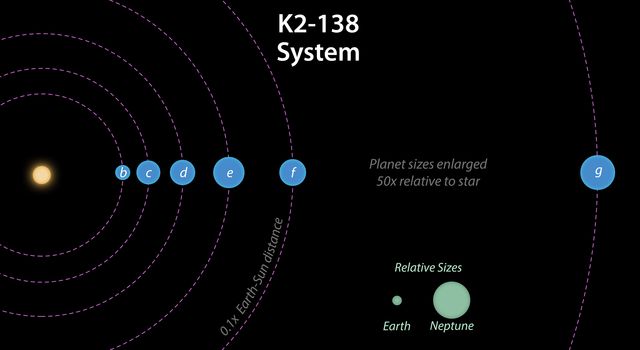 This artist's illustration shows the planetary system K2-138, which was discovered by citizen scientists in 2017 using data from NASA's Kepler space telescope. Five planets were initially detected in the system. In 2018, scientists using NASA's Spitzer Space Telescope found evidence of a sixth planet in the system.