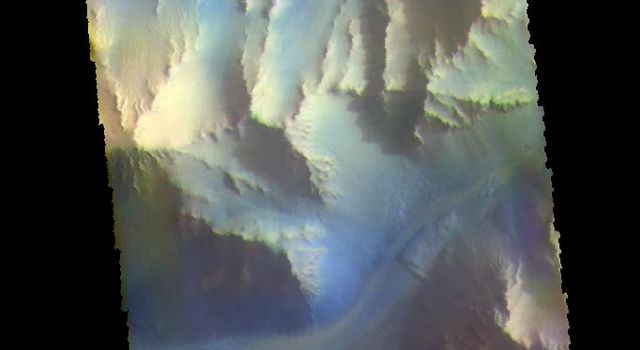 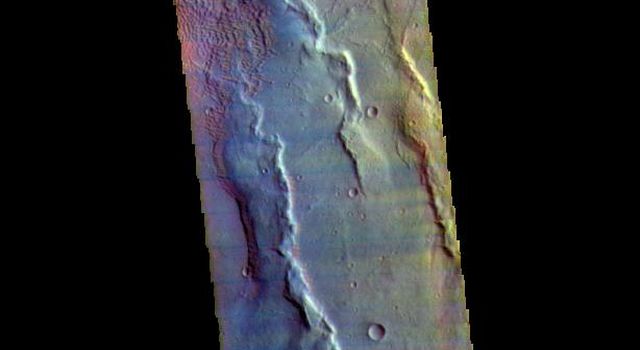 The southern edge of Jupiter's north polar region is captured in this view from NASA's Juno spacecraft. The scene prominently displays a long, brown oval known as a "brown barge" located within a polar jet stream, called "Jet N4."

Citizen scientists Gerald Eichstädt and Justin Cowart created this view using data from the spacecraft's JunoCam imager. The scene has been rotated approximately 90 degrees to the right.