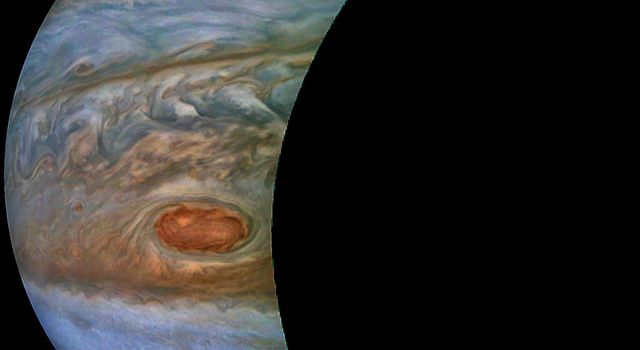 Detailed structure in the clouds of Jupiter's South Equatorial Belt brown barge is visible in this color-enhanced image taken at 10:28 p.m. PDT on July 15, 2018 (1:28 a.m. EDT on July 16), as the spacecraft performed its 14th close flyby of the gas giant planet.