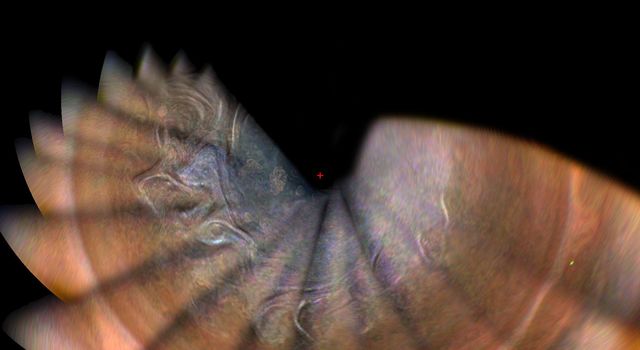 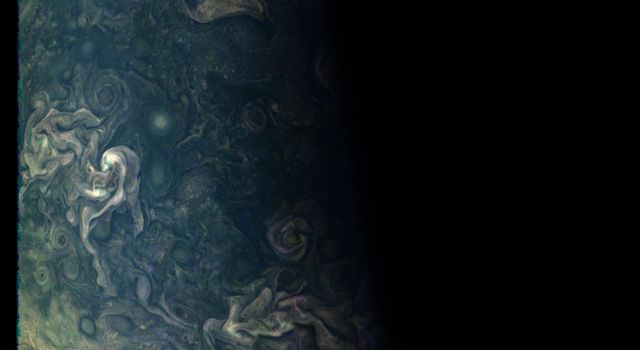 This image was taken at 7:21 p.m. PDT (10:21 p.m. EDT) on Sept. 6, 2018, as the spacecraft performed its 15th close flyby of Jupiter. The version of the image on the left side shows Jupiter in approximate true color, while the same image on the right has been processed to bring out detail close to the terminator and reveals four of the five southern circumpolar cyclones plus the cyclone in the center.