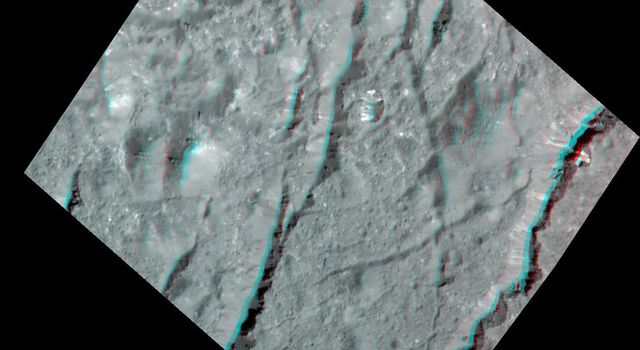 Cracks in the Floor of Occator Crater (3-D) 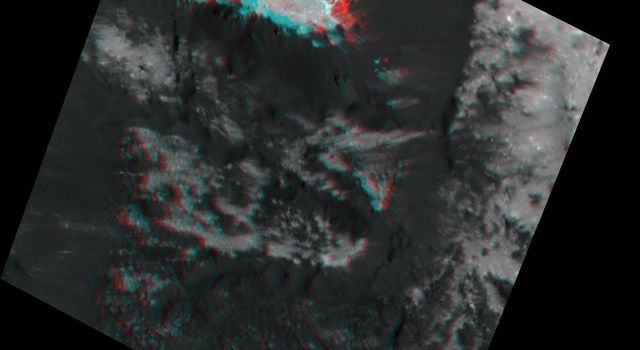 Scientists created this stereo view, called an anaglyph, with two images of the same part of Ceres's surface taken by Dawn on different orbits and from different viewing angles. The images were artificially colored and combined so that when viewed through glasses with a red filter on the left and blue on the right, they provide a 3-D view.

The images used in this anaglyph were obtained by NASA's Dawn spacecraft from an altitude of about 21 miles (34 kilometers).

The center of this picture is located at about 20.4 degrees north latitude and 239.9 degrees east longitude.