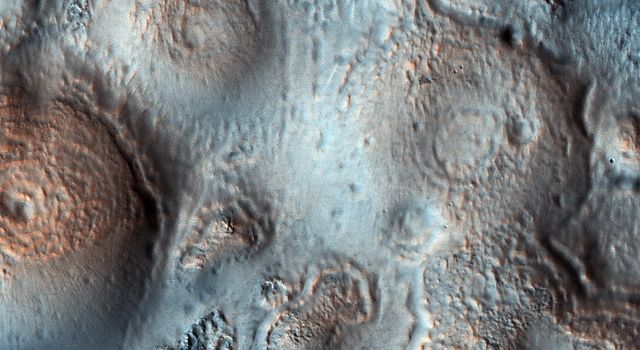 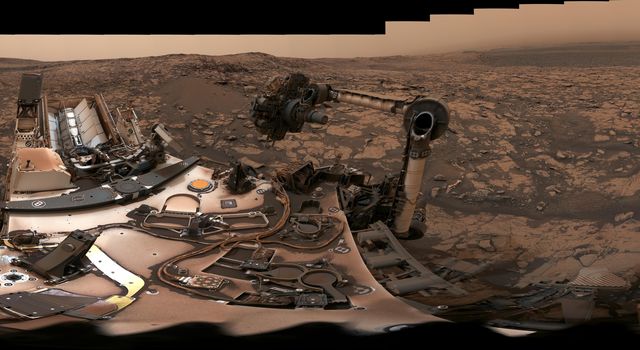 This image was acquired on April 8, 2018 by NASA's Mars Reconnaissance Orbiter. This image shows the gullied western slopes of an unnamed crater (about 10 kilometers wide) in Acidalia Planitia. These slopes have gone through a complicated history of gully erosion of the bedrock layers in the upper section, followed by the formation of fractures along the lower slopes.

As the gullies continued to form, fractures cut across them and their debris fans in the lower part of the slopes. A prominent cliff has been eroded by more recent gully activity. The curved ridges and lobes on the crater floor, downslope of the debris fans, along with multiple fractures, suggest that the subsurface was ice-rich. This is an example of how geologists can utilize the concept of superposition to unravel the relative timing of geological events in the crater's history.