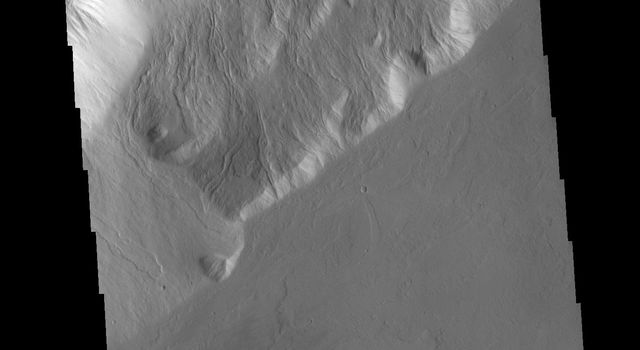 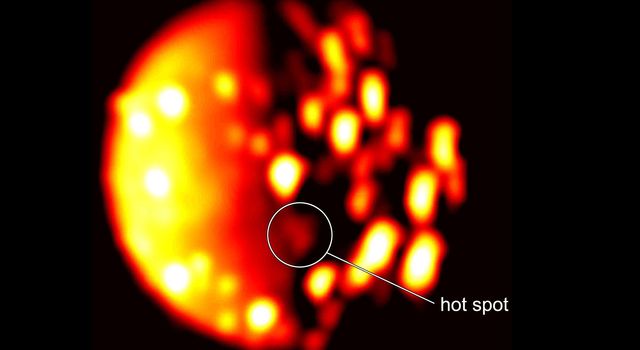 This annotated image highlights the location of the new heat source close to the south pole of Io. The image was generated from data collected on Dec. 16, 2017, by the Jovian Infrared Auroral Mapper (JIRAM) instrument aboard NASA's Juno mission when the spacecraft was about 290,000 miles (470,000 kilometers) from the Jovian moon. The scale to the right of image depicts of the range of temperatures displayed in the infrared image. Higher recorded temperatures are characterized in brighter colors -- lower temperatures in darker colors.