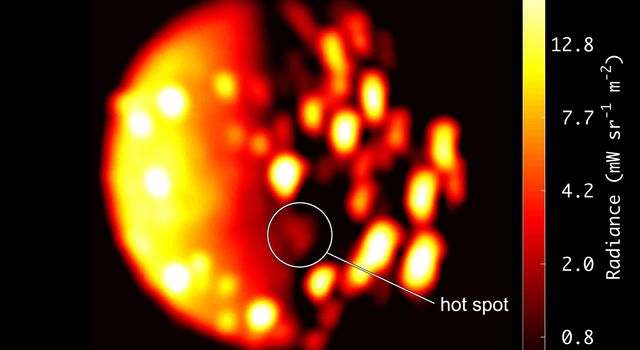 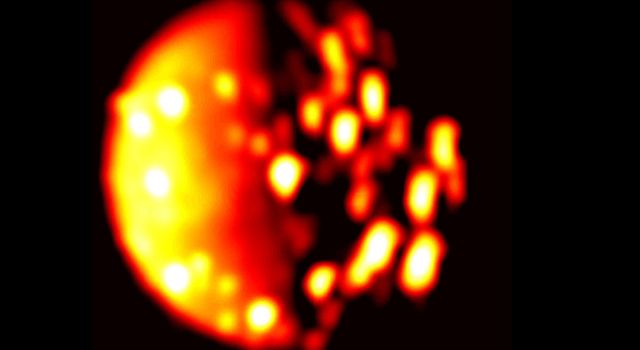 This annotated image highlights the location of the new heat source in the southern hemisphere of the Jupiter moon Io. The image was generated from data collected on Dec. 16, 2017, by the Jovian Infrared Auroral Mapper (JIRAM) instrument aboard NASA's Juno mission when the spacecraft was about 290,000 miles (470,000 kilometers) from the Jovian moon. In this infrared image, the brighter the color the higher the temperature recorded by JIRAM.