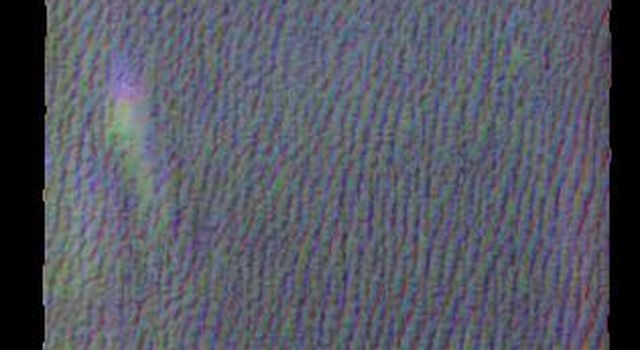 NASA's Opportunity rover appears as a blip in the center of this square. This image taken by HiRISE, a high-resolution camera onboard NASA's Mars Reconnaissance Orbiter, shows the dust storm over Perseverance Valley has substantially cleared.

The square highlighting Opportunity is just over a half-mile (1 kilometer) across (Figure 1). The image was taken Thursday, September 20, 2018, from about 166 miles (268 kilometers) above the surface.