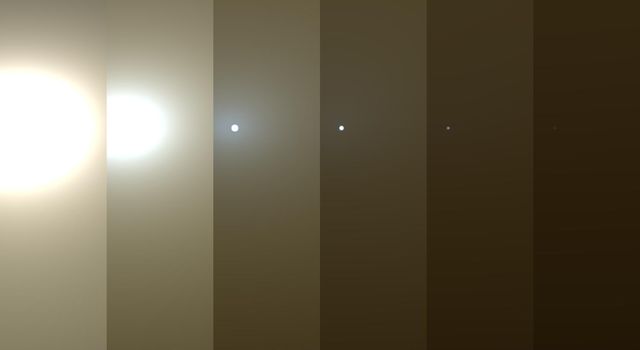 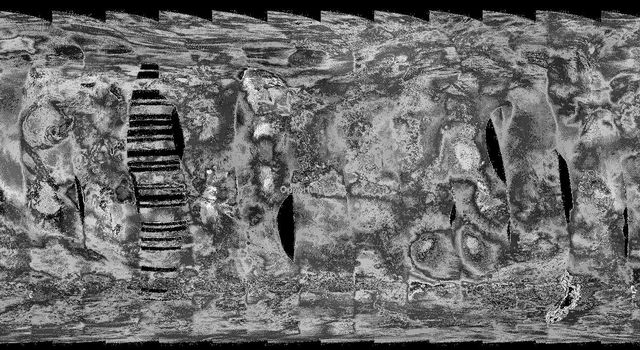 These two views from NASA's Curiosity rover, acquired specifically to measure the amount of dust inside Gale Crater, show that dust has increased over three days from a major Martian dust storm. The left-hand image shows a view of the east-northeast rim of Gale Crater on June 7, 2018 (Sol 2074); the right-hand image shows a view of the same feature on June 10, 2018 (Sol 2077). The images were taken by the rover's Mastcam.