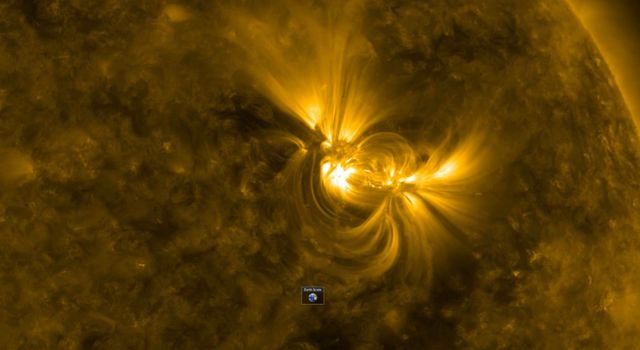 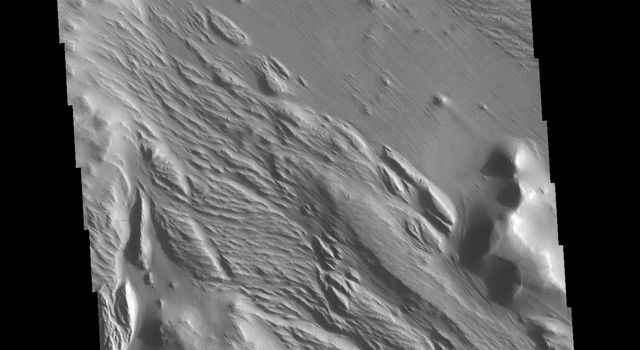 Giant, bright coronal loops trace out the magnetic field lines above an active region from June 4-6, 2018. The wavelength of extreme ultraviolet light shown here is emitted by ionized iron travelling along the field lines, super-heated to approximately 1 million degrees K. Coronal loops were not seen in this level of detail until the Solar Dynamics Observatory was launched in 2010 and came online, giving solar scientists new data with which to study the Sun and its processes.