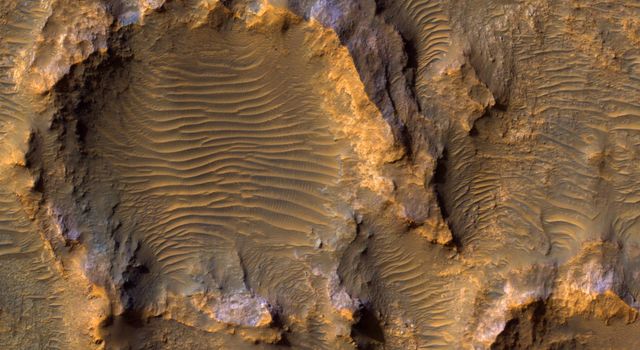 Bedrock on a Crater Floor 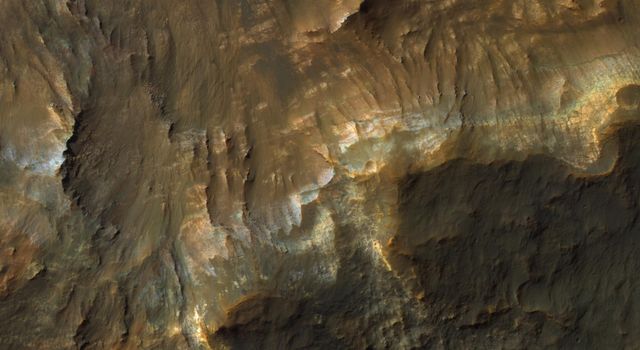 NASA's Opportunity rover has spent 13 years exploring a small region of Meridiani Planum which has a rather ordinary appearance as seen by NASA's Mars Reconnaissance Orbiter (MRO).

Other portions of Meridiani are much more interesting, with well-exposed layered bedrock eroded into strange patterns.