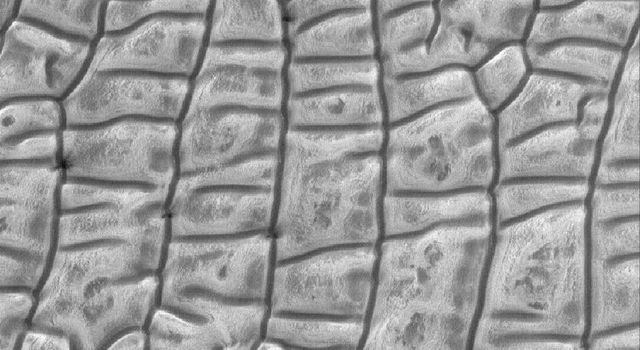 This image captures the dynamic nature of Jupiter's northern temperate belt. The view reveals a white, oval-shaped anticyclonic storm called WS-4. NASA's Juno spacecraft took this color-enhanced image on April 1 at 2:38 a.m. PST (5:38 a.m. EST) during its 12th close flyby of the gas giant planet. At the time, the spacecraft was 4,087 miles (6,577 kilometers) from the tops of Jupiter's clouds at 35.6 degrees north latitude.

This image was created by citizen scientist Emma Walimaki using data from the JunoCam imager on NASA's Juno spacecraft.