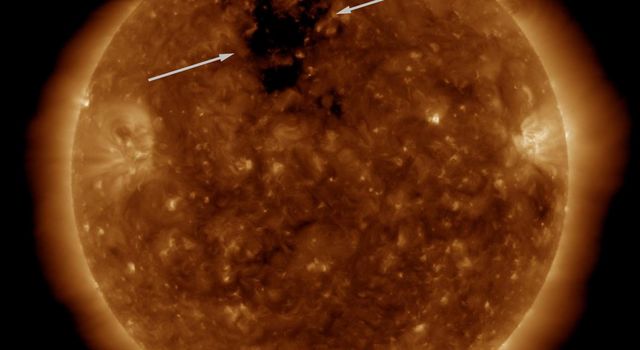 Coronal Hole Rotating Towards Us 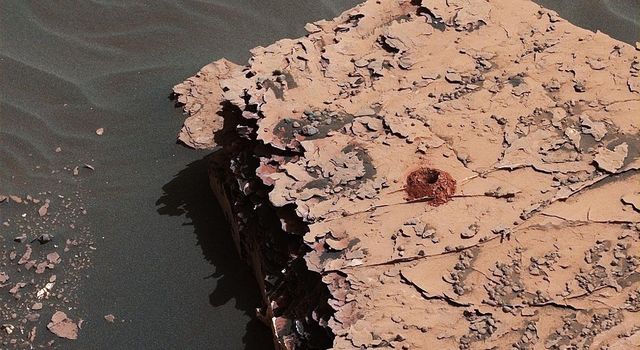 First Drilled Sample on Mars Since 2016

A close-up image of a 2-inch-deep hole produced using a new drilling technique for NASA's Curiosity rover. The hole is about 0.6 inches (1.6 centimeters) in diameter. This image was taken by Curiosity's Mast Camera (Mastcam) on Sol 2057. It has been white balanced and contrast-enhanced.

Curiosity drilled this hole in a target called "Duluth" on May 20, 2018. It was the first rock sample captured by the drill since October 2016. A mechanical issue took the drill offline in December 2016.

Engineers at NASA's Jet Propulsion Laboratory in Pasadena, California, had to innovate a new way for the rover to drill in order to restore this ability. The new technique, called Feed Extended Drilling (FED) keeps the drill's bit extended out past two stabilizer posts that were originally used to steady the drill against Martian rocks. It lets Curiosity drill using the force of its robotic arm, a little more like a human would while drilling into a wall at home.