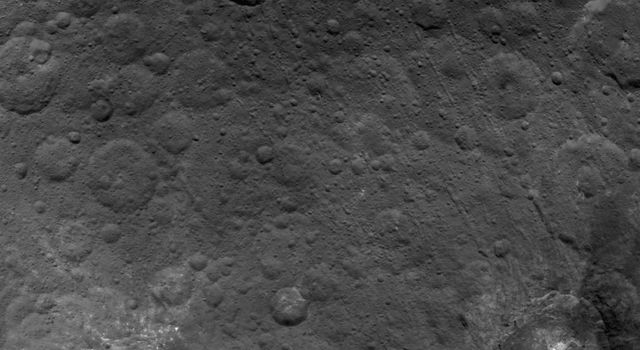 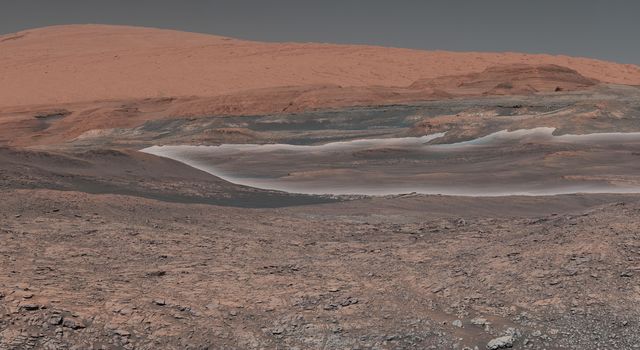 Curiosity is Ready for Clay (Highlighted)

This mosaic taken by NASA's Mars Curiosity rover looks uphill at Mount Sharp, which Curiosity has been climbing. Spanning the center of the image is an area with clay-bearing rocks that scientists are eager to explore; it could shed additional light on the role of water in creating Mount Sharp. The mosaic was assembled from dozens of images taken by Curiosity's Mast Camera (Mastcam). It was taken on Sol 1931 back in January.

Mount Sharp stands in the middle of Gale Crater, which is 96 miles (154 kilometers) in diameter. This mound, which Curiosity has been climbing since 2014, likely formed in the presence of water at various points of time in Mars ancient history. That makes it an ideal place to study how water influenced the habitability of Mars billions of years ago.

The scene has been white-balanced so the colors of the rock materials resemble how they would appear under daytime lighting conditions on Earth.

Photojournal Note: Also available is the full resolution TIFF file PIA22313_full.tif. This file may be too large to view from a browser; it can be downloaded onto your desktop by right-clicking on the previous link and viewed with image viewing software.