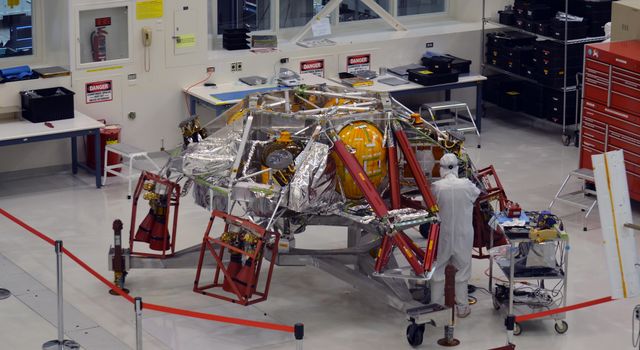 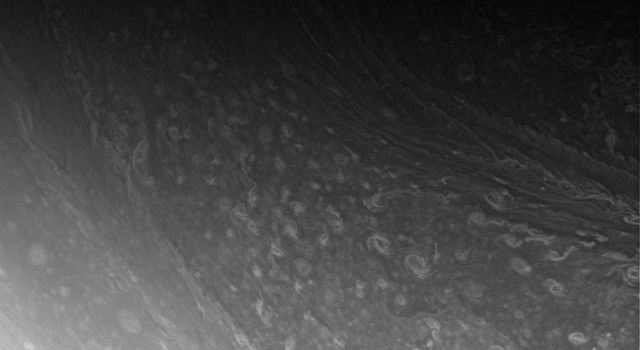 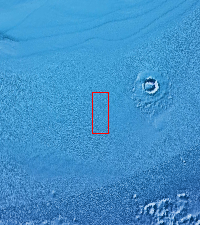 This VIS image of Olympia Undae was collected during north polar summer. The dunes are now completely frost free and are dark in color due to being made of basaltic sand. The surface between the dunes, where visible, is a bright tone. In some regions of dense dunes, the bright material may be a deposit on the dunes rather than the underlying surface. The presence of gypsum has been suggested for Olympia Undae, gypsum is a lighter tone than basalt in this filter of the THEMIS VIS camera.

Olympia Undae is a vast dune field in the north polar region of Mars. It consists of a broad sand sea or erg that partly rings the north polar cap from about 120° to 240°E longitude and 78° to 83°N latitude. The dune field covers an area of approximately 470,000 km2 (bigger than California, smaller than Texas). Olympia Undae is the largest continuous dune field on Mars. Olympia Undae is not the only dune field near the north polar cap, several other smaller fields exist in the same latitude, but in other ranges of longitude, e.g. Abolos and Siton Undae. Barchan and transverse dune forms are the most common. In regions with limited available sand individual barchan dunes will form, the surface beneath and between the dunes is visible. In regions with large sand supplies, the sand sheet covers the underlying surface, and dune forms are found modifying the surface of the sand sheet. In this case transverse dunes are more common. Barchan dunes "point" down wind, transverse dunes are more linear and form parallel to the wind direction. The "square" shaped transverse dunes in Olympia Undae are due to two prevailing wind directions. The density of dunes and the alignments of the dune crests varies with location, controlled by the amount of available sand and the predominant winds over time.