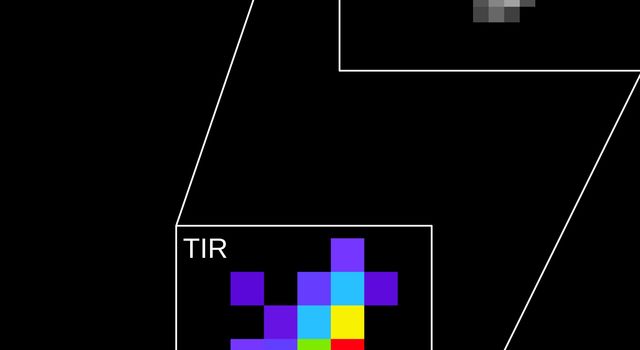 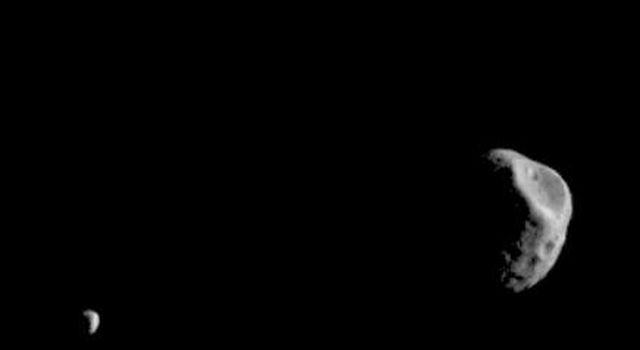 Colors in this image of the Martian moon Phobos indicate a range of surface temperatures detected by observing the moon on February 15, 2018, with the Thermal Emission Imaging System (THEMIS) camera on NASA's Mars Odyssey orbiter.

The left edge of the small moon is in darkness, and the right edge in sunlight. Phobos has an oblong shape with average diameter of about 14 miles (22 kilometers). Temperature information was derived from thermal-infrared imaging such as the grayscale image shown smaller at lower left with the moon in the same orientation. The color-coding merges information from THEMIS observations made in 10 thermal-infrared wavelength bands.

This was the second observation of Phobos by Mars Odyssey; the first was on September 29, 2017. Researchers have been using THEMIS to examine Mars since early 2002, but the maneuver turning the orbiter around to point the camera at Phobos was developed only recently.