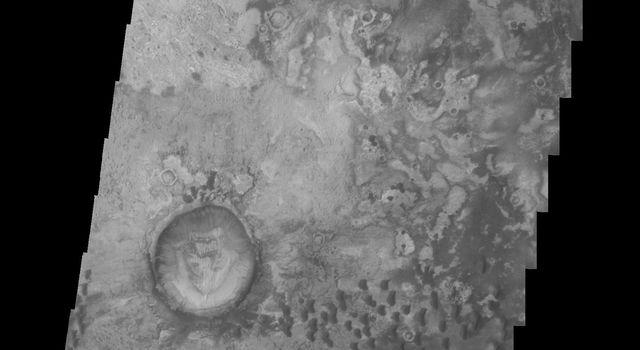 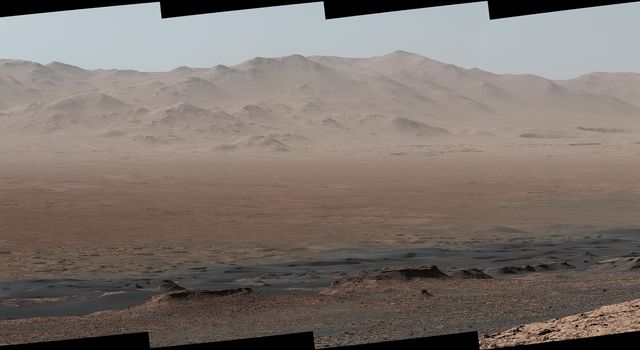 Climbing "Vera Rubin Ridge" provided NASA's Curiosity Mars rover this sweeping vista of the interior and rim of Gale Crater, including much of the rover's route during its first five-and-a-half years on Mars and features up to about 50 miles (85 kilometers) away.

The scene spans from southwest on the left to northeast on the right, combining 16 side-by-side images taken by the left-eye, wider-angle-lens camera of Curiosity's Mast Camera (Mastcam). It has been white-balanced so the colors of the rock materials resemble how they would appear under daytime lighting conditions on Earth.

An annotated version, Figure 1, indicates the rover's approximate path since its 2012 landing, identifies some of the sites it has investigated along the way, such as "Yellowknife Bay," "The Kimberley," "Namib Dune" and "Murray Buttes"; and points out other geological features visible in the scene, such as the channel of Peace Vallis, an ancient streambed descending from the crater rim. The relative positions of the labeled features are also mapped on an accompanying orbital view in PIA22208, with two areas color-coded for ease of matching them in the annotated panorama and the orbital view.