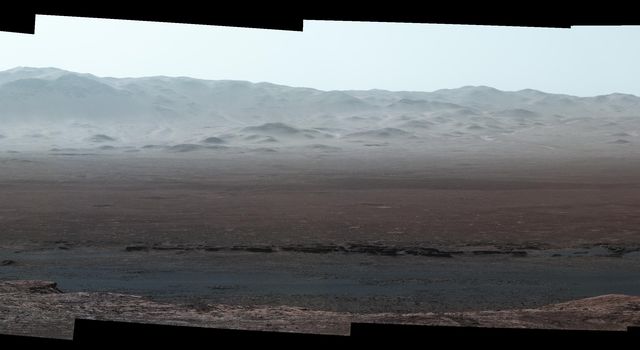 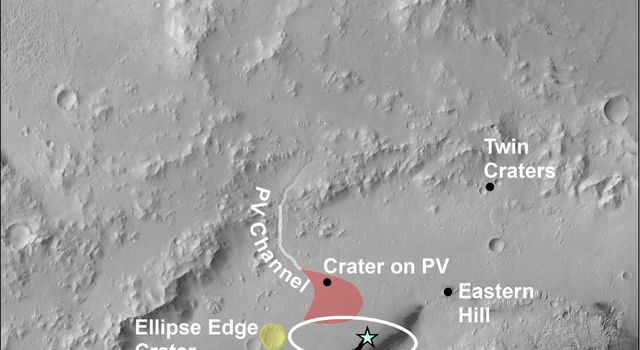 A vantage point on "Vera Rubin Ridge" provided NASA's Curiosity Mars rover this detailed look back over the area where it began its mission inside Gale Crater, plus more-distant features of the crater.

This view toward the north-northeast combines eight images taken by the right-eye, telephoto-lens camera of Curiosity's Mast Camera (Mastcam). It shows more detail of a fraction of the area pictured in a more sweeping panorama (PIA22210) acquired from the same rover location using Mastcam's left-eye, wider-angle-lens camera. The scene has been white-balanced so the colors of the rock materials resemble how they would appear under daytime lighting conditions on Earth.

An annotated version, Figure 1, indicates where the rover landed (at "Bradbury Landing") in 2012 and the initial portion of its drive, including investigation sites "Yellowknife Bay," "Darwin" and "Cooperstown." The rover's exact landing site is hidden behind a slight rise. The heat shield, back shell, and parachute used during the spacecraft's descent are within the pictured area but not recognizable due to the distance and to camouflaging by dust. At Yellowknife Bay in 2013, the mission found evidence of an ancient freshwater-lake environment that offered all of the basic chemical ingredients for microbial life.