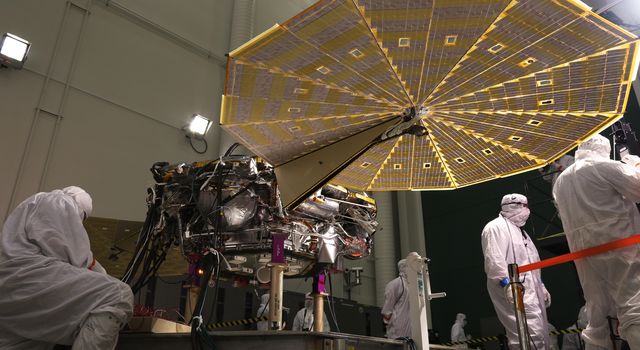 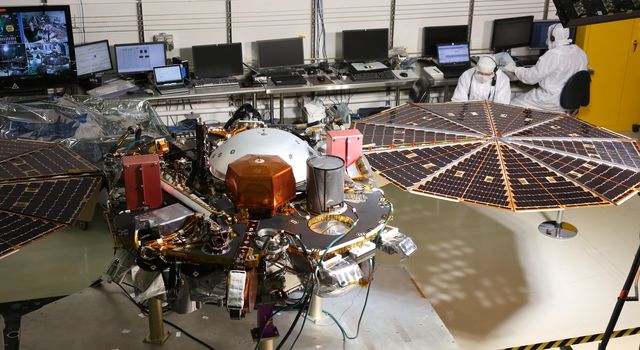 While in the landed configuration for the last time before arriving on Mars, NASA's InSight lander was commanded to deploy its solar arrays to test and verify the exact process that it will use on the surface of the Red Planet. During the test on Jan. 23, 2018 from the Lockheed Martin clean room in Littleton, Colorado, engineers and technicians evaluated that the solar arrays fully deployed and conducted an illumination test to confirm that the solar cells were collecting power.