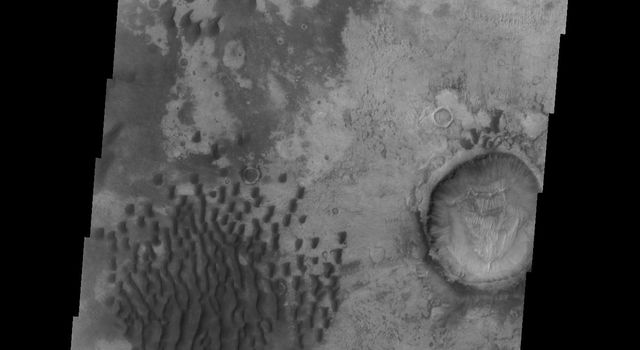 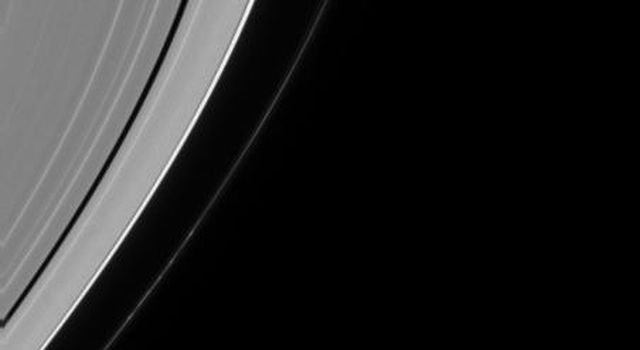 This VIS image of Kaiser Crater shows a region of the dunes with varied appearances. The different dune forms developed due to different amounts of available sand, different wind directions, and the texture of the crater floor. Dune size, shape, and spacing is controlled by a variety of factors. Note the dune that fills half of the crater in the center of the image.

The Odyssey spacecraft has spent over 15 years in orbit around Mars, circling the planet more than 71000 times. It holds the record for longest working spacecraft at Mars. THEMIS, the IR/VIS camera system, has collected data for the entire mission and provides images covering all seasons and lighting conditions. Over the years many features of interest have received repeated imaging, building up a suite of images covering the entire feature. From the deepest chasma to the tallest volcano, individual dunes inside craters and dune fields that encircle the north pole, channels carved by water and lava, and a variety of other feature, THEMIS has imaged them all. For the next several months the image of the day will focus on the Tharsis volcanoes, the various chasmata of Valles Marineris, and the major dunes fields. We hope you enjoy these images!