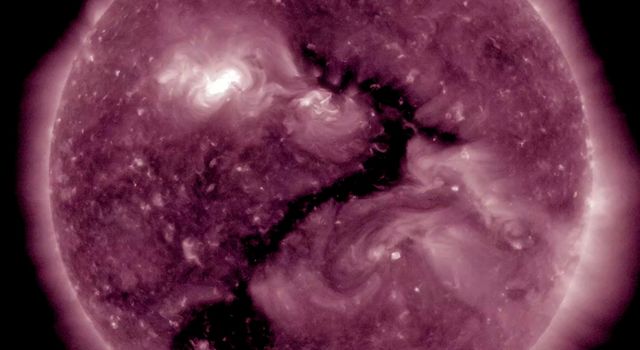 The Sun Forms a Question 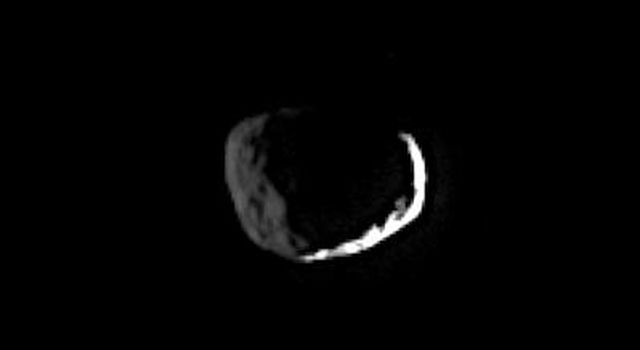 The Two Faces of Janus

The three large aligned Tharsis volcanoes are Arsia Mons, Pavonis Mons and Ascreaus Mons (from south to north). There are collapse features on all three volcanoes, on the southwestern and northeastern flanks. This alignment may indicate a large fracture/vent system was responsible for the eruptions that formed all three volcanoes. This VIS image shows part of the southern flank of Arsia Mons, along the center of the aligned fracture system. The scalloped depressions are most likely created by collapse of the roof of lava tubes. Lava tubes originate during eruption event, when the margins of a flow harden around a still flowing lava stream. When an eruption ends these can become hollow tubes within the flow. With time, the roof of the tube may collapse into the empty space below. The tubes are linear, so the collapse of the roof creates a linear depression. In this region, the complexity of the collapse and faulting has created a unique surface. This region has collapse depressions with floors at a variety of elevations, landslide deposits where material has continued to fall into the depression and depression sizes from small to large.