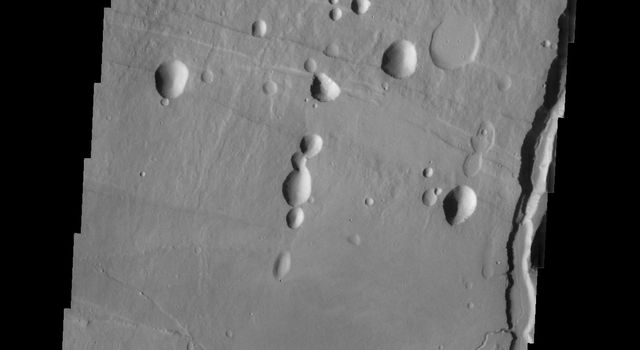 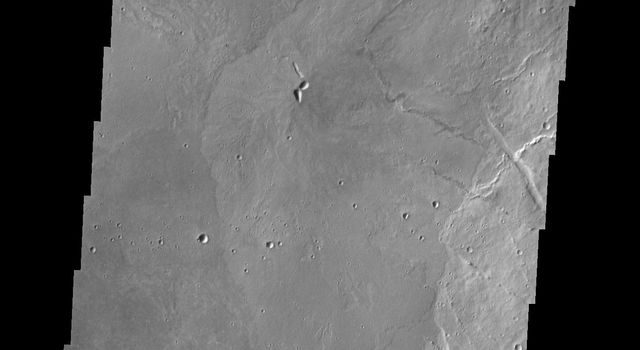 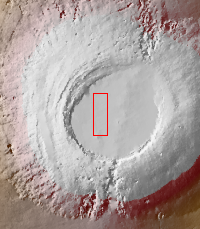 This THEMIS image shows part of the caldera floor of Arsia Mons. It is not uncommon for calderas to have "flat" floors after the final explosive eruption that empties the subsurface magma chamber. There may still be some magma or superheated rock left after the collapse that will fill in part of the depression. Additionally, over time erosion will work to level the topography. Within Arsia Mons there was renewed activity that occurred within the caldera along the alignment of the NE/SW trend of the three large volcanoes. This ongoing, low volume actitivity is similar to the lava lake in Kilauea in Hawaii. Small flows are visible throughout this image.