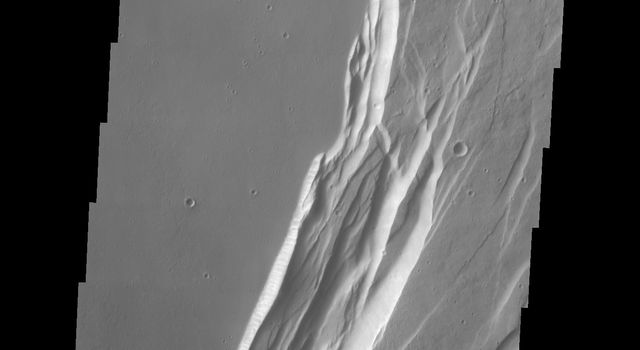 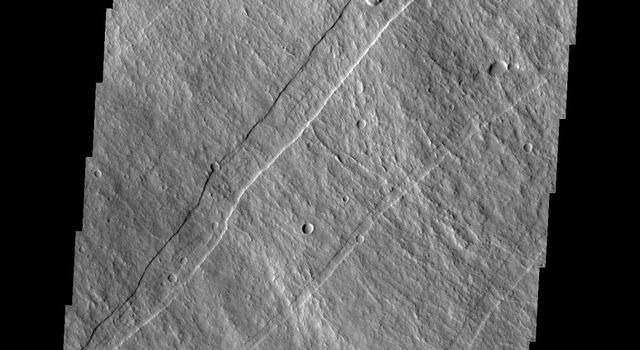 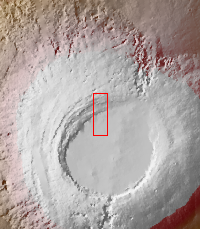 This VIS image shows part of the northwestern margin of the summit caldera. Along with the faults caused by the collapse of the summit materials into the void of the emptied magma chamber, there are many small lobate lava flows and collapse features. The scalloped depressions are most likely created by collapse of the roof of lava tubes. Lava tubes originate during eruption event, when the margins of a flow harden around a still flowing lava stream. When an eruption ends these can become hollow tubes within the flow. With time, the roof of the tube may collapse into the empty space below. The tubes are linear, so the collapse of the roof creates a linear depression. This image illustrates the many processes that occurred in the formation of the volcano.