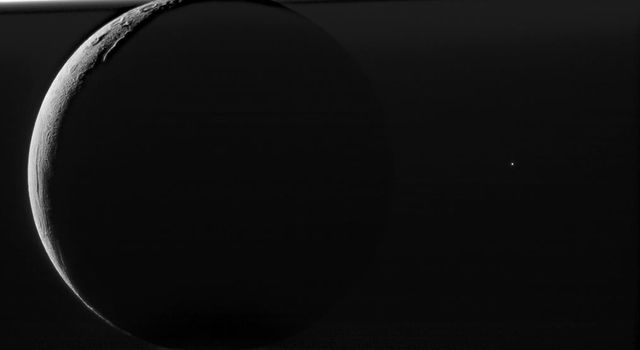 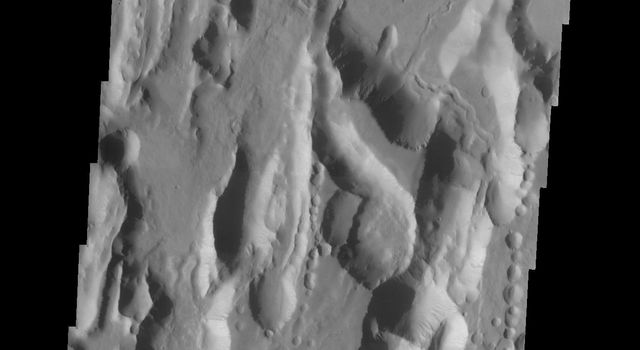 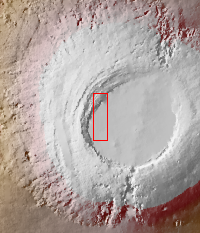 Arsia Mons is the southernmost of the Tharsis volcanoes. It is 270 miles (450km) in diameter, almost 12 miles (20km) high, and the summit caldera is 72 miles (120km) wide. For comparison, the largest volcano on Earth is Mauna Loa. From its base on the sea floor, Mauna Loa measures only 6.3 miles high and 75 miles in diameter. A large volcanic crater known as a caldera is located at the summit of all of the Tharsis volcanoes. These calderas are produced by massive volcanic explosions and collapse. The Arsia Mons summit caldera is larger than many volcanoes on Earth. This THEMIS image shows a portion of the western wall of the caldera, revealing the steep walls and linear features associated with the collapse that formed the caldera.