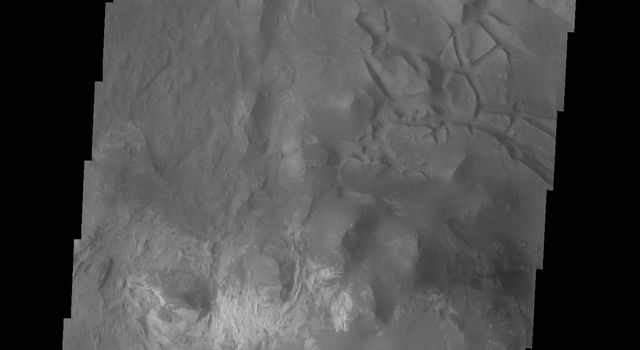 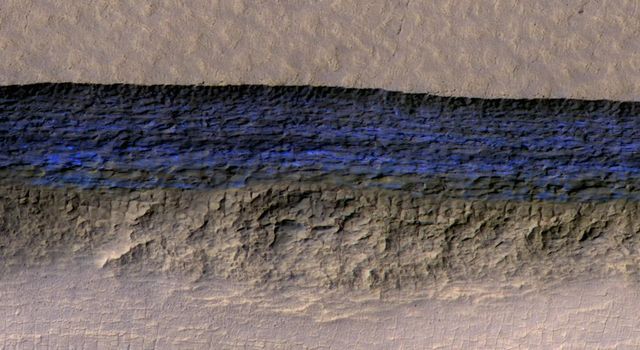 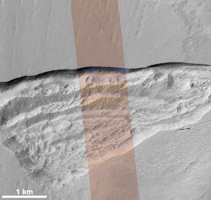 At this wedge-shaped pit on Mars, the steep slope (or scarp) at the northern edge (toward the top of the image) exposes a cross-section of a thick sheet of underground water ice.

The image is from the High Resolution Imaging Stereo Experiment (HiRISE) camera on NASA's Mars Reconnaissance Orbiter. The gray-scale portions on left and right are from a single waveband in the red-light portion of the visible spectrum. The middle section, in enhanced color, combines data from red, near-infrared and blue-green wavebands.

The scene covers an area about three miles (five kilometers) wide. Figure 1 includes a one-kilometer scale bar. One kilometer is about six-tenths of a mile. The ice-exposing scarp at the northern edge of the pit has a steepness of about 45 to 55 degrees, plunging from the relatively level ground outside the pit.