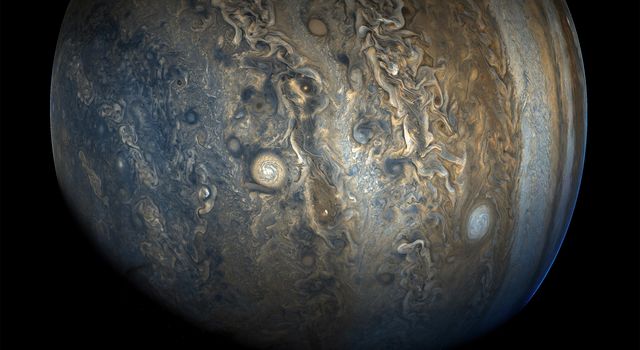 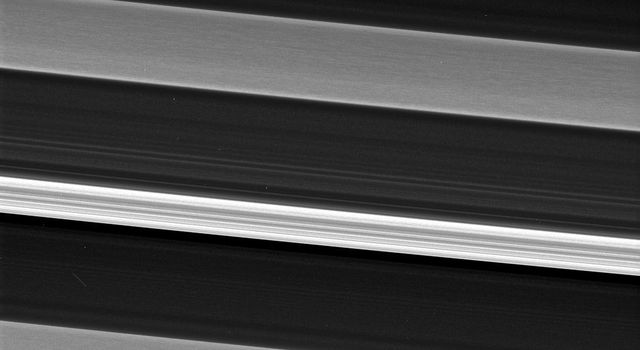 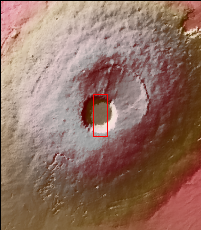 This image shows the central part of the smaller summit caldera on Pavonis Mons. On the top side of the caldera is a complex region of fault related collapse of the wall of the caldera. Several intersecting faults are visible on the top of the image. The faults would have formed areas of weakness in the caldera wall, precipitating into gravity driven down slope movement of materials. This caldera is approximately 5km deep. In shield volcanoes calderas are typically formed where the surface collapses into the void formed by an emptied magma chamber.