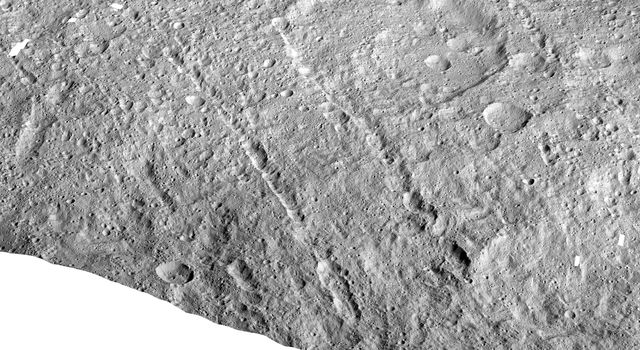 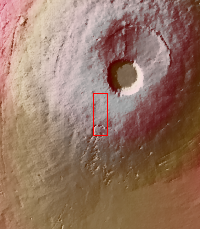 This image shows the southern flank of Pavonis Mons. The large sinuous channel at the bottom of the image is located at the uppermost part of the volcano where collapse features are following the regional linear trend. A lava tube of this size indicates a high volume of lava.