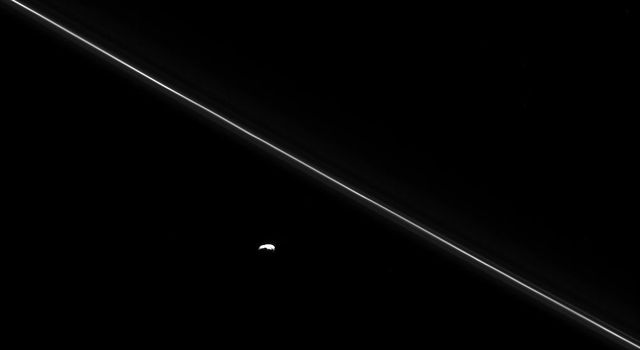 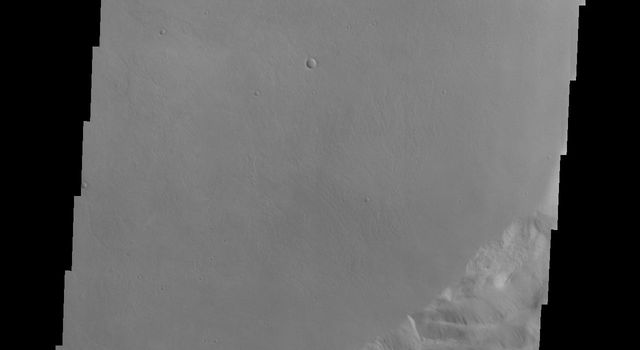 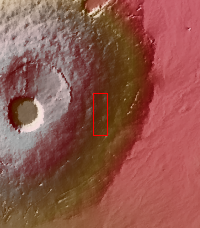 This image shows part of the eastern flank of Pavonis Mons. Surface lava flows run down hill from the upper left of the image towards the bottom right. Perpendicular to that trend are several linear features. These are faults that encircle the volcano and also run along the linear trend through the three Tharsis volcanoes. This image shows a collapsed lava tube where a flow followed the trend of a graben and then "turned" to flow down hill. Graben are linear features, so lava flows in them are linear. Where the lava flow is running along the surface of the volcano it has sinuosity just like a river. The mode of formation of a lava tube starts with a surface lava flow. The sides and top of the flow cool faster than the center, eventually forming a solid, non-flowing cover of the still flowing lava. The surface flow may have followed the deeper fault block graben (a lower surface than the surroundings). Once the flow stops there remains the empty space lower than the surroundings, and collapse of the top of the tube starts in small pits which coalesce in the linear features.