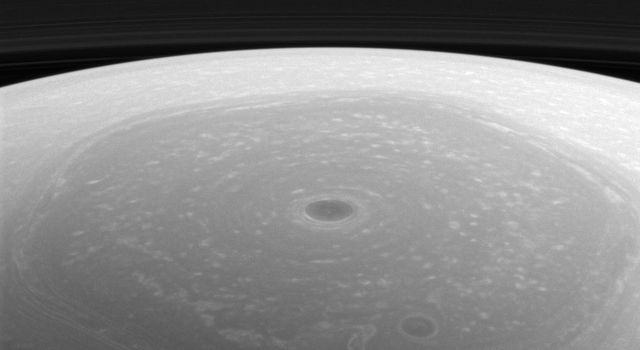 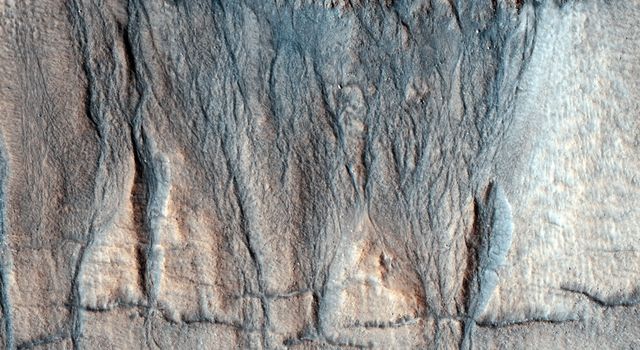 The Evolution of Gully Features in Acidalia Planitia 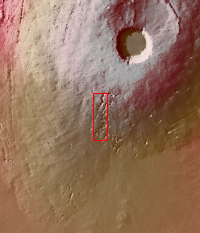 This image shows part of the southern flank of Pavonis Mons. The linear and sinuous features mark the locations of lava tubes and graben that occur on both sides of the volcano along a regional trend that passes thru Pavonis Mons, Ascreaus Mons (to the north), and Arsia Mons (to the south). The majority of the features are believed to be lava tubes where the ceiling has collapsed into the free space below. This often happens starting in a circular pit and then expanding along length of the tube until the entire ceiling of material has collapsed into the bottom of the tube.