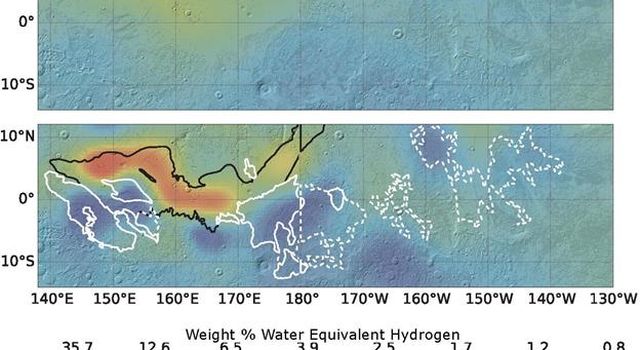 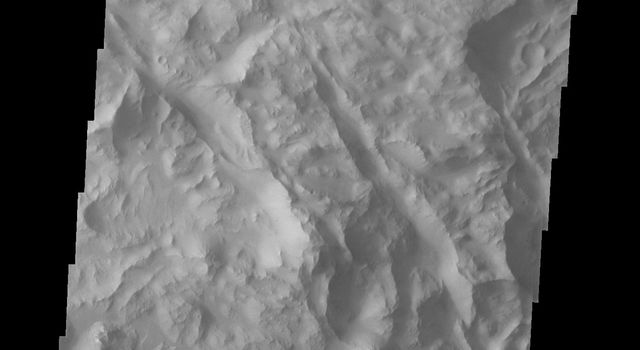 This sequence of color-enhanced images shows how quickly the viewing geometry changes for NASA's Juno spacecraft as it swoops by Jupiter. The images were obtained by JunoCam.

Once every 53 days, Juno swings close to Jupiter, speeding over its clouds. In just two hours, the spacecraft travels from a perch over Jupiter's north pole through its closest approach (perijove), then passes over the south pole on its way back out. This sequence shows 11 color-enhanced images from Perijove 8 (Sept. 1, 2017) with the south pole on the left (11th image in the sequence) and the north pole on the right (first image in the sequence).

The first image on the right shows a half-lit globe of Jupiter, with the north pole approximately at the upper center of the image close to the terminator -- the dividing line between night and day. As the spacecraft gets closer to Jupiter, the horizon moves in and the range of visible latitudes shrinks. The second and third images in this sequence show the north polar region rotating away from the spacecraft's field of view while the first of Jupiter's lighter-colored bands comes into view. The fourth through the eighth images display a blue-colored vortex in the mid-southern latitudes near Points of Interest "Collision of Colours," "Sharp Edge," "Caltech, by Halka," and "Structure01." The Points of Interest are locations in Jupiter's atmosphere that were identified and named by members of the general public. Additionally, a darker, dynamic band can be seen just south of the vortex. In the ninth and tenth images, the south polar region rotates into view. The final image on the left displays Jupiter's south pole in the center.

From the start of this sequence of images to the end, roughly 1 hour and 35 minutes elapsed.