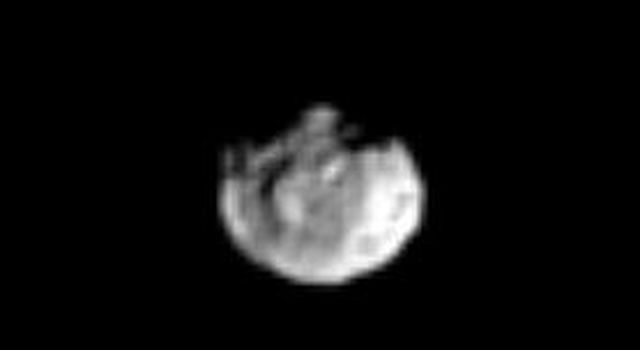 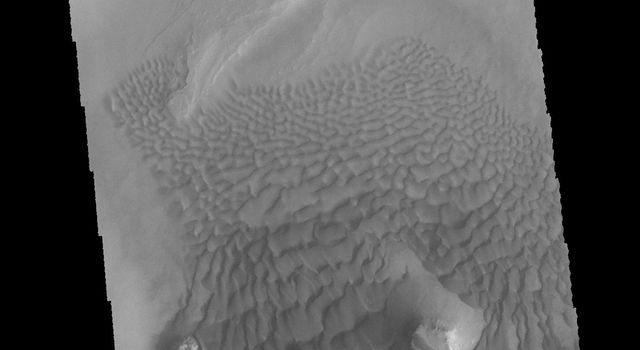 This image obtained by NASA's Dawn spacecraft shows a field of small craters next to Kokopelli Crater, seen at bottom right in this image, on dwarf planet Ceres. The small craters overlay a smooth, wavy material that represents ejecta from nearby Dantu Crater. The small craters were formed by blocks ejected in the Dantu impact event, and likely from the Kokopelli impact as well.

Kokopelli is named after the fertility deity who presides over agriculture in the tradition of the Pueblo people from the southwestern United States. The crater measures 21 miles (34 kilometers) in diameter.

Dawn took this image during its first extended mission on August 11, 2016, from its low-altitude mapping orbit, at about 240 miles (385 kilometers) above the surface. The center coordinates of this image are 20 degrees north latitude, 123 degrees east longitude.