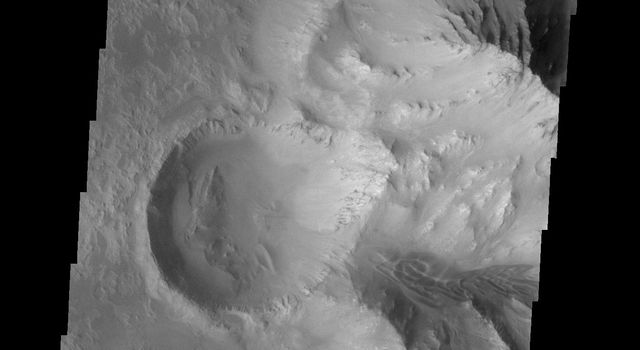 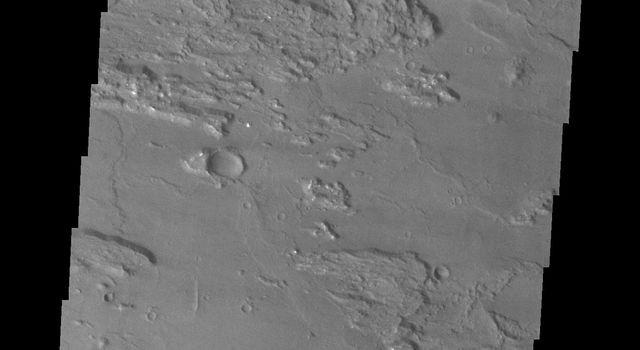 Xevioso Crater is the small (5.3 miles, 8.5 kilometers in diameter) crater associated with bright ejecta toward the top of this image, taken by NASA's Dawn spacecraft. It is one of the newly named craters on Ceres. Xevioso is located in the vicinity of Ahuna Mons, the tall, lonely mountain seen toward the bottom of the picture.

Given that the small impact that formed Xevioso was able to excavate bright material, scientists suspect the material may be found at shallow depth. Its nature and relationship to other bright regions on Ceres is under analysis. The asymmetrical distribution of this bright ejecta indicates Xevioso formed via an oblique impact. Another view of Xevioso can be found here.

Xevioso is named for the Fon god of thunder and fertility from the Kingdom of Dahomey, which was located in a region that is now the west African country of Benin.

Dawn acquired this picture on October 15, 2015, from its high altitude mapping orbit at about 915 miles (1,470 kilometers) above the surface. The center coordinates of this image are 3.8 degrees south latitude, 314 degrees east longitude, and its resolution is 450 feet (140 meters) per pixel.